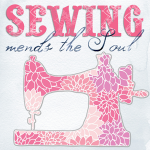 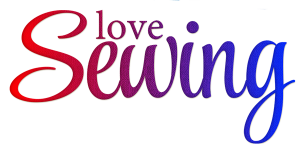 The red, white, and blue log cabin quilt has an enormous amount of cutting. In the pattern instructions the cutting was divided into 8 groups, based on the blocks to be made. That meant I would have to get out several fabrics multiple times because each color is in multiple blocks. I thought it would be more efficient to cut one color at a time, instead of one set of blocks at a time. To prepare the cutting instructions based on color instead of by blocks, I made an excel spread sheet where I could easily see what size squares/rectangles I needed for each color.

Cutting the white pieces went pretty smoothly, took a couple of hours, but no big issues. I would cut strips of the fabric by the first measurement (either 3/4 or 1 inch), then cut the width I needed. Many of these required large numbers (some over 100 pieces), so many strips were cut, then the widths cut from several strips at a time. The fabric was also folded in half, so two blocks were cut at a time from each strip. Below is a picture of the white fabric pieces.

The blue fabric didn’t go as smoothly and I didn’t realize my mistake until I thought I had finished the cutting. I was cutting the blue fabric, looking at the white fabric instructions. Rookie mistake! Unfortunately, the height of the fabrics were all wrong, these were all cut to 3/4 inch, and I needed 1 inch. Would have been less wasteful if it was the other way around, then I could have just cut the pieces down. Fortunately, I had enough blue fabric to recut to the correct dimensions, and now I have a baggie full of blue fabric pieces that someday I might find a use for.

I completed all of the cutting last night for all of the colors! It was a happy moment for me, cutting is uncomfortable for the back and knees as it is all standing work.

I had all of the fabrics in baggies to keep them from scattering, but they were divided by color. Since I will be sewing the fabrics together by blocks, I needed to reorganize the fabrics so they were in baggies by blocks. This was also a good time for me to confirm that I correctly counted all of my pieces so I wouldn’t have to cut more while in the middle of sewing. And, to be fair, I miscounted a few, so it was good I had this step to find and cut the ones I was missing.

Now, my fabrics are all cut and organized by blocks and I am ready to start sewing in the near future! I have several other projects I am working on at the same time, so I am going to work on those for a bit before I start sewing this project. Next blog post will probably be a couple of weeks.

We use cookies on our website to give you the most relevant experience by remembering your preferences and repeat visits. By clicking “Accept All”, you consent to the use of ALL the cookies. However, you may visit "Cookie Settings" to provide a controlled consent.
Cookie SettingsAccept All
Manage consent

This website uses cookies to improve your experience while you navigate through the website. Out of these, the cookies that are categorized as necessary are stored on your browser as they are essential for the working of basic functionalities of the website. We also use third-party cookies that help us analyze and understand how you use this website. These cookies will be stored in your browser only with your consent. You also have the option to opt-out of these cookies. But opting out of some of these cookies may affect your browsing experience.
Necessary Always Enabled
Necessary cookies are absolutely essential for the website to function properly. These cookies ensure basic functionalities and security features of the website, anonymously.
Functional
Functional cookies help to perform certain functionalities like sharing the content of the website on social media platforms, collect feedbacks, and other third-party features.
Performance
Performance cookies are used to understand and analyze the key performance indexes of the website which helps in delivering a better user experience for the visitors.
Analytics
Analytical cookies are used to understand how visitors interact with the website. These cookies help provide information on metrics the number of visitors, bounce rate, traffic source, etc.
Advertisement
Advertisement cookies are used to provide visitors with relevant ads and marketing campaigns. These cookies track visitors across websites and collect information to provide customized ads.
Others
Other uncategorized cookies are those that are being analyzed and have not been classified into a category as yet.
SAVE & ACCEPT